Located at the midway point on the Great Ocean Road, Apollo Bay restaurants are surprisingly sophisticated. The Apollo Bay Hotel won Best Regional Pub in 2018, Dooleys has award-winning icecream, and Chris’ Resturant at Beacon Point has some of the best views in the state.

But that’s not all. This little town is packed with Apollo Bay restaurants that serve some of the best delicacies in Victoria.

Pubs in Apollo Bay, cafes, and restaurants offer a golden opportunity to get your belly full in between hikes in Otway National Park or just unwind at the end of a long day of traveling or holidaying on the coast. Apollo Bay food is second to none.

Arguably one of the best places to dine in Apollo Bay, Chris’s is nestled amid the towering trees of Beacon Point. The restaurant has floor to ceiling windows that take in views of the Southern Ocean and the greenery that the Otways are famous for.

If you visit for lunch, koalas can often be seen slumbering in nearby trees. There truly is no bad seat at Chris’. However, there is more to this restaurant then sweeping vistas.

Leave the town center behind and head north for a few kilometers to reach Chris’s Restaurant. The Apollo Bay food offered here is a blend of South European and Middle Eastern cuisine – with a focus on fresh, seasonal seafood.

The décor is stylish and modern. Although the fires, which are lit in the winter, almost make Chris’ feel like an upscale Apollo Bay pub.

La Bimba is one of our favorite Apollo Bay restaurants. They are all about sourcing high quality sustainable, ingredients for their internationally-inspired dishes.

Try their Blue Throat Wrasse ceviche if you feel like a South American take on local seafood. After something carnivorous? You can’t go wrong with the Victorian free-range Black Baldy beef or local Barongarook Pork feature. However, bear in mind the availability of products can vary, as they only use regional and seasonal ingredients.

The decor is modern, with wood touches. If you plan to dine on the weekend, its recommended you call to make reservations.

No Apollo Bay restaurants can rival Casalingo for Italian food. The menu is well thought out. It features pasta dishes and thin-crust pizza which are complemented by fresh sauces. While the mains and entrees are given an Australian touch and seamlessly integrate the region’s fresh seafood.

This upscale Italian eatery is perfect for date night. The decor is chic, the service is great and the wine list is long. In our opinion, that’s all the makings of a great night out!

If a scallop pie doesn’t tingle your fancy they also offer pies of the beef, chicken, seafood, and vegetable variety. Some of which are gluten-free or vegan.

At Cafe 153 you can expect classic Australian meals and friendly service in a comfortable no-frills setting. Located on the main street, this Apollo Bay cafe is the go-to for a hearty breakfast and good coffee. However, it can get quite busy by mid-morning so grab a seat early if you can.

Cafe 153 is also open for lunch and dinner and people come from far and wide for their seafood crowder and daily specials.

This Apollo Bay cafe is committed to serving seriously good Apollo Bay food. Stop by for brunch and a cup of coffee or a mid-day bite and a glass of wine. They are open each day from 7:30 am to 2:00 pm.

If you are feeling indulgent try one of their lobster dishes, Waygu beef burger, or ocean tasting plate.

Who doesn’t like ice cream on a warm summer day or any other day for that matter? Dooleys is an award-winning Apollo Bay cafe and ice cream shop that has a long list of mouth-watering flavors.

They make all their own ice cream and have won prestigious awards including the Australian Grand Dairy Award. Plus they are just a stone’s throw from the beach. Even in the colder months, you can tell you have stumbled along Dooleys when you see a long line out of a downtown Apollo Bay shop.

The cozy interior, airy outside spaces, high-quality Apollo Bay food, and refreshing beer are just some of the reasons the Apollo Bay Hotel has been dubbed one of the best pubs in Apollo Bay by locals. But don’t just take their word for it – the Apollo Bay Hotel was given the AHA’s prestigious Best Regional Pub Bar Award in 2018.

The Apollo Bay Hotel is a great Apollo Bay pub to hang out with friends, chat over a glass of wine, or just watch the sun dip below the horizon. They serve up home comforts like their Apollo Bay fish and chips, steaks, and pizzas.

If you are searching for the best Apollo Bay pub to stop for a drink then look no further. This Apollo Bay pub describes itself as “the number one craft beer destination on The Great Ocean Road“. Offering up over 100 craft beers and 13 local beers, we have to agree with their self proclaimed title!

The Great Ocean Road Brewhouse boasts a dog-friendly, beer garden and a cozy indoor pub for those raining winter afternoons. To complement your beer-fancy, there is a varied menu made up of pub favourites too.

Ingredients are locally sourced and dishes are prepared to order at the Apollo Bay Seafood Cafe. You can dine in or takeaway. The menu is wide-ranging from classic Apollo Bay fish and chips to more alternative dishes like the Pan-Fried Harissa Salmon.

The Apollo Bay Seafood Cafe is open for lunch and dinner every day.

Everything is prepared with the latest catch and freshest seafood. The service is fast and friendly and the decor is simple, rustic, and welcoming. Find yourself a spot in the sun on the wooden deck and wait for your Southern Rock Lobster, flake, snapper, scallops, octopus and much more.

What is your favorite restaurant in Apollo Bay? 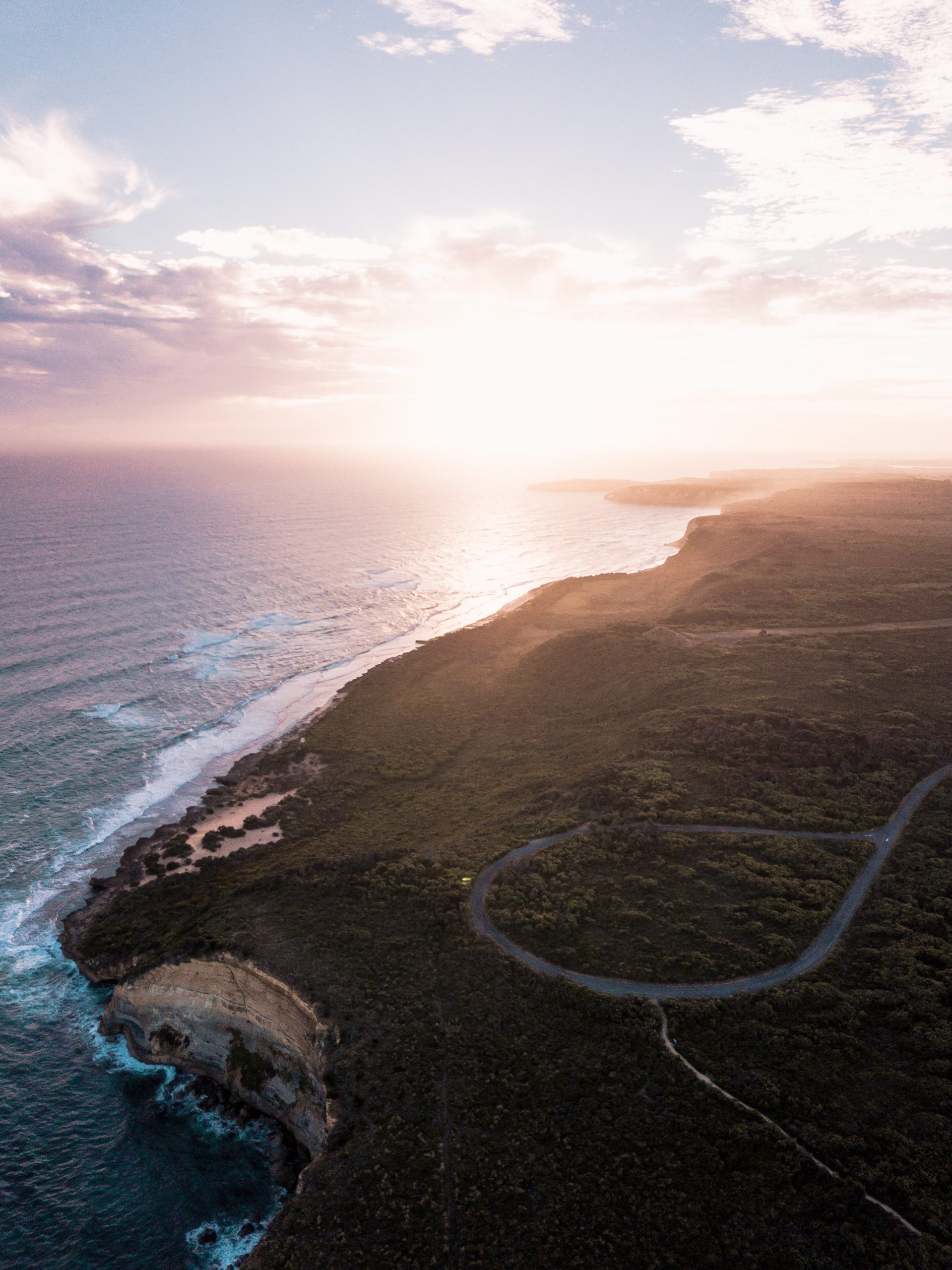